Some ferrety guys preparing to weather a big storm: 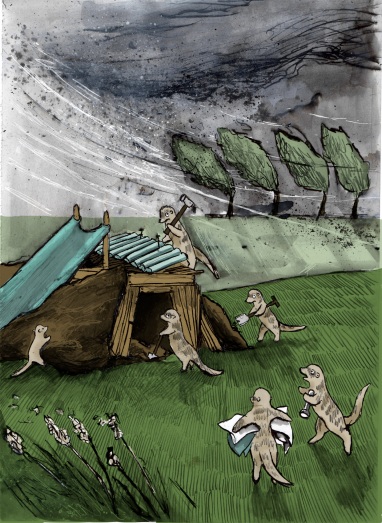 I was reading this afternoon about the people in America who are so convinced that this year will bring the end of the world (Mayan prophecies blah blah Revelations blah) that they’re prepared to spend huge amounts of money building crisis shelters in their gardens and taking worst-case-scenario survival courses – it’s quite the growing industry. The article I read was scathing, because well… it IS a bit mental to believe in that stuff. BUT I don’t think it’s mental to want to be prepared for the worst, and even if the world doesn’t end now there WILL be disasters in Earth’s future. If you can afford to be ready, why not?

All images posted on this blog are copyright to Aimee Lockwood and are not to be reproduced or modified in any way without prior consent.
Loading Comments...
%d bloggers like this: